Mention British spirits and you automatically think of Scotch whisky or London Gin, but we do so much more. 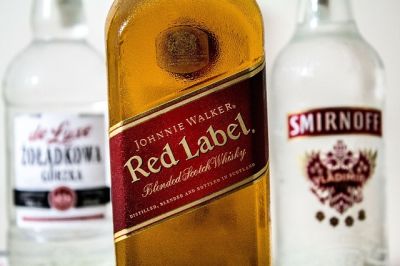 Over the past few years there has been a 'spirit revolution' in the UK with the birth of the boutique spirit industry. Small distilleries producing high quality  spirits with unique flavours and distinctive characteristics.

Founded in west London in 2009, Sipsmith with its range of gins, vodkas and liqueurs is widely credited as being the pioneers of this industry.

Sipsmith have been followed by a wave of new producers, with dozens of small distilleries across the UK producing their own style of vodkas, gins, whiskies and more exotic spirits.

We make some of the worlds best vodka including the worlds no.1 brand.

Chase Vodka of Hertfordshire was voted best in the world in 2010, they produce a range including traditional potato Vodka, Rhubarb, Apple and an interesting Espresso flavoured vodka.


Glens Vodka of Ayrshire is Britain's second best selling spirit, Vladivar of Invergordon Scotland is a world brand and Smirnoff of Fife is the worlds no.1 selling Vodka. Smirnoff is owned by British company  Diageo.

Adnams of Southwold are ale brewers who have now expanded into spirits.

They were winners of the Vodka Trophy at the 2014 International Wine & Spirits Competition.

While our boutique Vodka distillers produce a wide range of flavoured vodkas the key element to any Vodka  is texture, and  I think Ogilvy made near Dundee from potatoes grown on the distillery’s farm, is one of the best spirts I've tasted.

It’s creamy, rich and full of flavour, stunningly delicious, and I am not a great fan of Vodka!

While Britain makes the worlds top selling gins, Gordons, Tanqueray & Hendricks Gin has also seen the greatest growth in the boutique industry with it being the spirit of choice for most new distilleries.

Gin is an ideal spirit for newcomers to make their mark as it can be sold straight away. Malts have to be aged for a minimum of 3 years  before they can be sold, but as Gin is a neutral spirit which relies on botanicals, (plant extracts, usually the aromatic oils) for flavour it can be sold immediately  with no aging

A good example of just how good the new distllers are  is Slingsby Gin is made in Yorkshire with 17 local botanicals and Sabatini Gin, made in south-west London by an Italian family using nine Tuscan herbs.


Much time is spent on creating the right mix to get unique flavour and depth. Virtually every edible plant, fruit herb and spice have been used to flavour gin and it can sometimes take years to come up with the specific taste a distillery is looking for.

Fortunately for Gin lovers, our UK producers have come up with numerous winning combinations, and there are tastes to suit all tastes from sweet and floral to deep and spicy.

Whitleys Violet & Juniper Gin is superb and one of my favourites.

Where can I start? From the blended whiskies such as the iconic world no.1   Johnnie Walker and the oh so smooth Irish Jamesons to the prestigious single malts such as the Glenlivet Speyside Single Malts and the double gold winner in the 2018 San Francisco World Spirits Competition - Loch Lomond 12-Year-Old.


While The whisky industry is dominated by Scottish distilleries, there are now distilleries in both England and Wales.

The main boutique producer is The English Whisky Company in Norfolk, which makes a range of whiskies at its St George’s Distillery including peated, unpeated and cask-finished styles.

Adnams the English beer brewer has now branched out into whisky production and Cumbria’s The Lakes Distillery, makers of excellent and unusually flavoured gins have since followed.

Wales’ Penderyn launched its Madeira Finish in 2004 and has gone on to win many awards for its whiskies, including the Icons of Wales series, celebrating the country’s famous figures.


Interesting Whiskey facts: India consumes nearly half the worlds supply of whisky: The french guzzle the most at more than  2 litres per person per year, and Angolans love it the most with 90% of all spirits sold there being whisky.

Like most other countries every part of the UK has its traditional regional liqueurs, for a good selection try visiting the English heritage online shop to find such concoctions as  Elderflower and lemon, ginger liqueur, elderflower and port liqueurs, honey gin and marmalade vodka.

Our boutique distillers, such as 3 pugs , with thier distinctive sloping bottles, have now given us such typically British eccentric delights such as Lemony Sherbert,  CandyFloss  and bubblegum


Other typically eccentric British liqueurs include Victoria Sponge Cake Gin liqueur, salted caramel (of course) and the wonderful Toffee Apple Moonshine from The Sweet Potato Spirit Co, which is the ideal liqueur to pour over your Cornish clotted cream ice cream.

Some distillers have branched into other drinks. Sacred Spirits started out with a spiced gin selection gin in 2008, and have since expanded into producing a range of liquers and  vermouths including English Dry,  Made with English wine from Three Choirs in Gloucestershire and infused with a mix of 16 botanicals.

Try it instead of Kina Lillet or Lillet Blanc  in your Martni.


Dappa is an English grappa-style spirit made by the  Devon distillery using skins from 4 varieties of grape grown at  wineries across the south of England.

Made in the same way as grappa, but classified as a Marc as it is produced outside of Italy. 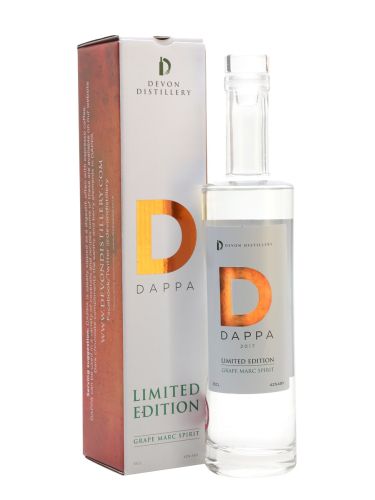 Dappa Available from the Whisky Exchange

Calvados is not exclusive to Normandy, try our fine Cider brandies instead such as 8 year old shipwreck and  15 year Somerset Alchemy,.


H.B. Evelyo is a family run distillery, based in the South Hams Devon

The founder, Philip Everett-Lyons has developed Hattiers Rum with some of the worlds most respected Master Distillers and Blenders.

Hattiers Premium Reserve Rum is a blend of 4 Carribean rums and Dartmoor water, I cant find words to desribe how good this is, you have to try it. 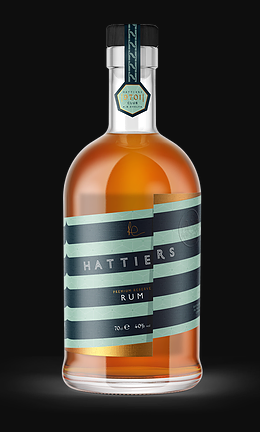